The Healer & Review of Imedlda's workshop 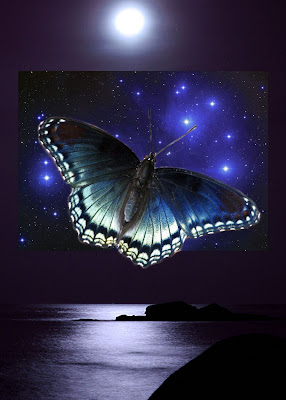 7th Member of the Rainbow Council - The Healer by Caroline
with a Creative Commons License that allows non-commercial use and further remixing provided all attributions are given and a similar license is given on new images.

Images used in this remix include from flickr with appropriate CC licenses:
and, from the Hubble Telescope:
On Saturday I went to Imedla's SoulCollage® workshop in Letterkenny, Ireland. (GreenishLady and SoulFragments)

Imelda put on a wonderful workshop - I was very impressed with how she encouraged everyone to get into making cards so easily and also with the cards that everyone else present made. I loved the way Imelda encouraged us to start by choosing an image with which we then did an "I am..." statement as part of our introduction of ourselves to the group - this started the day as she meant it to continue and was very successful. I've never thought of doing this directly with an image without having made it into a card first.

Although I have made many, many cards this was my first experience of making them directly with scissors and glue, also my first experience of making them in a group. I have however used collage often in the past so the experience of using scissors and glue is not in itself new - it was however interesting to revisit it after so much digital work. At first I found myself frustrated by not being able to shrink my images and other limitations of not working digitally. But that was the only real difference for me about the mechanics of the process. What made the major difference for me was working in a group.

I made two cards, and, as these were from magazines I won't be posting them here. (I am too conscious of copyright.) What was only clear to me at the end of the workshop was just how much I'd been influenced, unconsciously, by the women on either side of me. I know that I am an empath and pick up things very easily. I feel that the cards I made, whilst being relevant to me, were also ones that resonated with my place in the circle. It also feels potentially like revealing other people's things to go into that more deeply; but for me the main message of the workshop was to increase my awareness of how I resonate with others.

The atmosphere whilst making the cards was that wonderful intense concentration that I've often loved in art classes - with everyone's creative juices flowing and very little chit chat.

In the afternoon we did a "gallery walk" around the cards which was too slow - that would be my only criticism of the day - it was truly at a snail's pace!

We then split into groups and did some "I am ones" about our cards, not always easy but interesting.

But it was only when we were back in our circle again and we each showed one of our newly made cards and said something about it that I realised how much what I had done reflected where I had been. As a normally solitary maker this was quite a revelation to me. If I were to belong to a group that made cards together I'd be sure to also make cards on my own too.

I felt that Imelda facilitated very well - she also provided an abundance of varied images to choose from and she allowed everyone to make their own cards at their own pace - I think some people made only one, whilst others made five or six.

The room we were working in was a wonderful space for such a workshop too - a very light airy room - so a great choice of venue.

Another great joy was to look through Imelda's lovely cards. Such a privilege!

So all in all an experience I greatly appreciated and enjoyed and one I'd recommend to anyone interested in starting, or continuing, SoulCollage®.
Posted by Caroline at Monday, April 02, 2007

Sounds lovely! The snail's pace made me laugh though, as I can imagine myself wanting to whiz around the room peeking at them all (I think I probably annoy people at art galleries for that reason - I tend to circle quickly, then come back round to hover and take in a few more details each time. Annoying to others, but it works for me...)
Interesting idea to start with the statement, then find images to go with that statement. I'd thought of it as the other way around. Thanks for sharing the group experience.

Tinker - I wanted to whizz round first and then linger later too!

We started with an image - sorry if that wasn't clear. From that we made a statement but there was no compulsion to work more with that, or even with that image. We carried on just finding the images that we were either most drawn to or most repulsed by.

Hi, Caroline. So glad you were there. It added another dimension to have you present, with your cards too. Hope you'll be back! Thanks for your kind comments,
Imelda

That's sweet. I could use a few of those fluttering in my head.

The Healer card is stunningly beautiful, Caroline. Gorgeous.
And your weekend sounds like a fascinating and very creative time.. I'd love to have a go at a class like that. I've registered with the Soul Collage website and hope to get round to making some of my own soon. It's wonderful to see yours evolve with you - truly beautiful! :)

Greenishlady - thank you too - I do hope I will be back.

Suzie Q - thank you - its a card I'm very pleased with too so I'm really glad that you like it! And also that your interest is being sparked by SoulCollage - start collecting the images that attract you!

I love the Healer card caroline, it is truly magical and beautiful, are there 'I am' words to accompany it? I just love the whole caboodle of words and cards.

that's all that comes!

this card is lovely.
you make them mostly digitally, i read.
that adds so much versatility!
i make mine all by hand and although there is also a great experience and joy linked to that (because i'm a completely hands creating person) id love to experiment with digital collage also to create some of mine!
i hve exams in a few ays sp maybe after that i'll try them.

Love the butterfly with the water and stars. Very nice. Sincerely, Connie