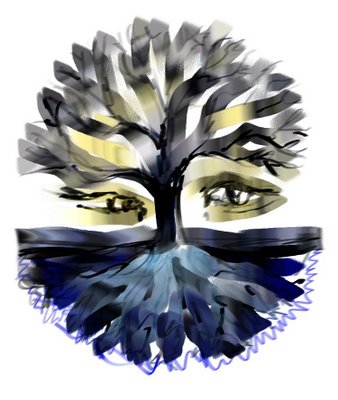 Since synchronicities are one of my great treasures its only natural to want to honour them with a suit of their own. Here are a couple that I'm working on:

I did some energy work on transcending HK and then went out and bumped into the woman who had first done HK on me. This was the first time I'd seen her in at least 6 years. Within a fortnight I'd also bumped into a woman I'd introduced to HK and who is now well-established in her HK practice. I hadn't seen her for a few years either.

I later discovered that both of these women were born in South Africa... I'm not sure what that means, if it means anything.

The image above is my own version of the HK logo.

Another synchronicity involves winning money on the premium bonds. These are an unusual form of saving. Instead of interest one relies on winnings. I've actually done rather badly so far but have been very interested in them as a way of gauging my luck. I didn't really believe in luck before... but it became clear that Jim was consistently luckier than me. However I have twice had good wins... better than anything he's had... he's a consistent sort, usually £50 or £100 every month... my luck comes in bursts. Both these wins happened to coincide with going out with a friend of mine... someone who had given up her premium bonds as she wasn't getting enough of a return on them and, although an energy worker, didn't see them the way I do. Someone I probably wouldn't have mentioned these wins to if they hadn't just happened...
Posted by Caroline at Monday, January 22, 2007

I'm curious to know how much you have in Premium Bonds as mine has never come up, (it was a birth gift)obviously the more you have the better your chances of winning but they cost alot more now. Maybe if I had faith in my luck with this kind of thing, although I did get lucky with a scratchcard last year and won a whopping £33!!

Jo - we have our non-ISA savings in there... mostly because I'm totally allergic to paying tax on savings! So we have about £25,000 in there each. (I got a lump sum when I had to take early retirement and Jim got one when he took voluntary redundancy...)

But Jim and his brother as a child had only the ones they'd had at birth - they agreed that if either came up they'd share it and it did - they got £100 to share!